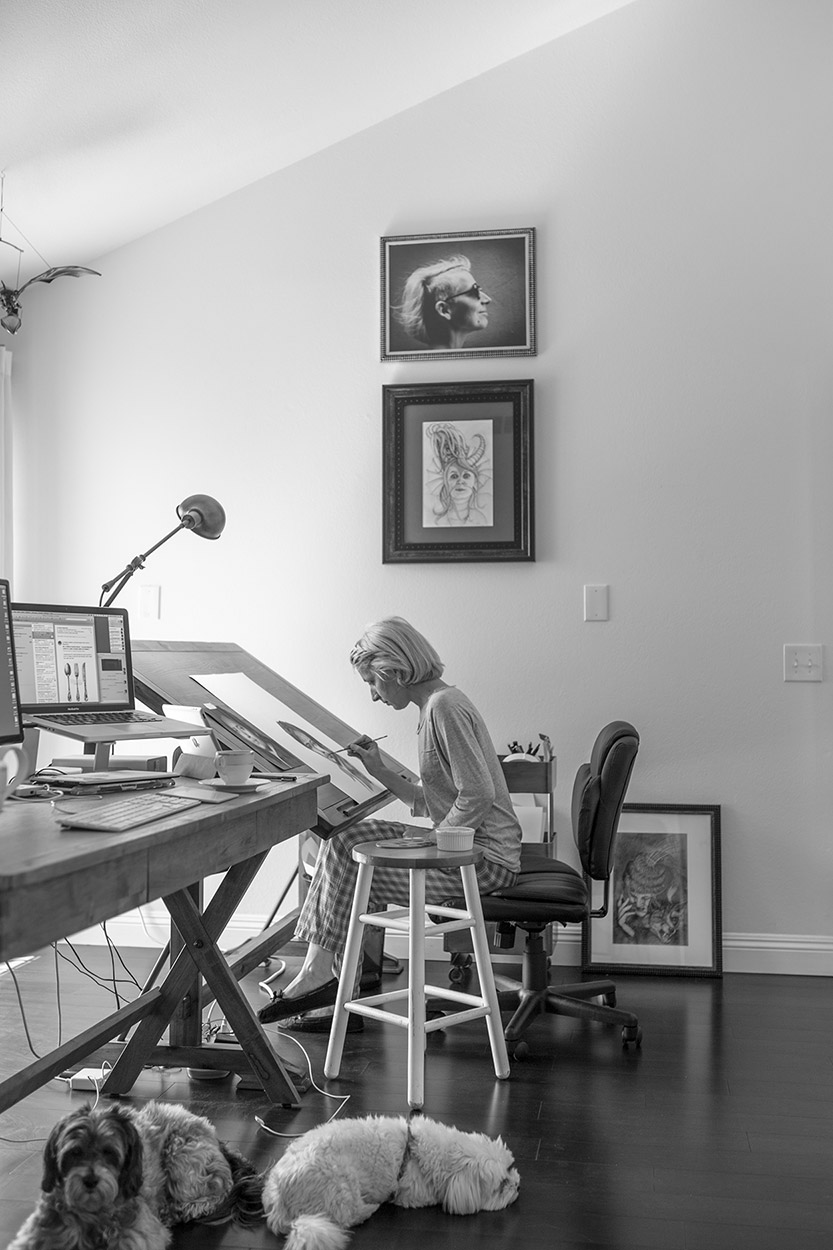 Pausha is a painter and a multi-media artist who uses pens and brushes to express her unique perspective on the reality surrounding her.

With no formal art training to speak of, Pausha developed her style through a deeply personal process of exploration of various forms of visual expression. The depth of experience and intensity of focus is reflected in faces of her subjects.

With a conceptual approach, Pausha tries to develop forms that do not follow logical criteria, but are based only on subjective associations and parallels, which incite the viewer to make new personal associations. Multilayered images arise in which the fragility and instability of our seemingly certain reality is questioned.

Her works are an investigation into representations of (seemingly) concrete relationships and situations, as well as depictions of ideas that can only be realized through painting.